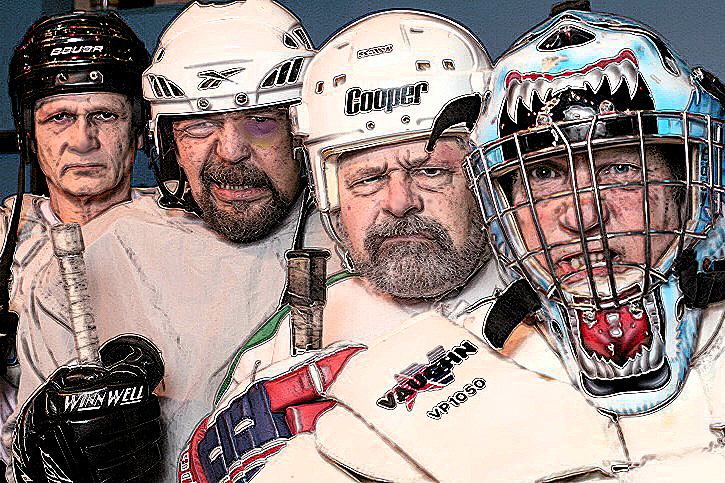 THE GOOD GAME by ROY TEED

Four old timers from a championship team 30 years ago are suiting up for a match against the current Junior Team.  Taking place in the arena dressing room, there’s lots of reversion to roles played when they were teenagers, and revelations of how life unfolded over the years.  Laughs abound in the locker room banter between Charlie Boyd, the goalie who took too many pucks to the head, flamboyant French-Canadian  Francois “Pinkie” Lavac, former team captain Zach Taylor whose NHL dream was dashed by injuries, and the team’s enforcer-turned-English-professor, C.J. MacDonald .

THE WAR BRIDES ARE COMING

By Calgary author, Gail Whiteford, the play is set in Olds Alberta.  War brides are coming from Europe to join their new families in Olds after the war, but the families are not as welcoming as the girls could have hoped and they are met with tension and not exactly open arms.  Some adjustments are needed if the war brides are to live here happily ever after.